We had a full 2-day 'layover' in Japan, the timing of which worked out perfectly to see our friend Kristi and her family. They are currently stationed at Yokota Air Base near Tokyo. It felt good to be back in Japan since living here previously for four years. Given the limited time we had before our flight to Singapore we decided to save any traditional sightseeing until we come back in April. Instead we focused on satisfying our cravings for some of the interesting Japanese food we'd grown to love. Kristi very generously offered to be our restaurant guide and personal driver. Thank you Kristi!

Our first stop was 'The Daiso'. This is the Japanese equivalent of the American '$1 Store', only much better. It was tough limiting myself to buying just some quirky postcards. 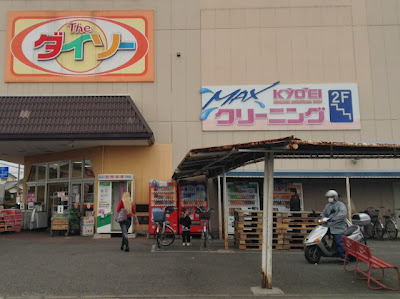 Next stop; the grocery store - we wanted some fresh fruit and snacks. Again, it was tough limiting ourselves to buying only what we could eat over the next few days. Wandering the aisles, we were fascinated by another dimension of ordinary ... like octopus. 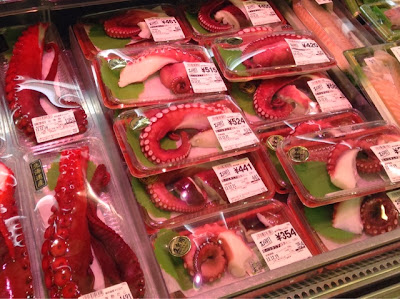 The aloe flavored yoghurt appealed; very good for ones health and exceedingly delicious! 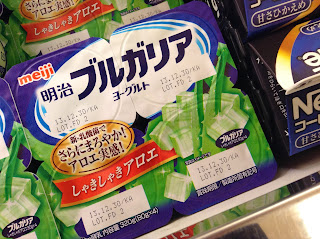 We went to 'Dohtonburi' for lunch to have their specialty - okonomiyaki - a kind of pancake that is made using potato starch, egg and a variety of other ingredients of your choosing. The raw ingredients are put in a bowl and delivered for you to cook yourself, on a grill in the middle of the table. It's a lot of fun and even a 4-year old can do it! The traditional noren (curtain) hanging over the restaurant entrance not only advertises the restaurant's name but also indicates that it's open. 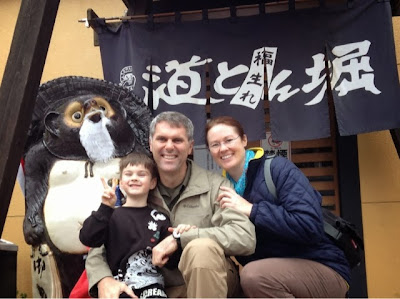 Having lived most of his life in Japan, Jasper automatically holds up the quintessential Japanese peace sign for every photograph. So cute! 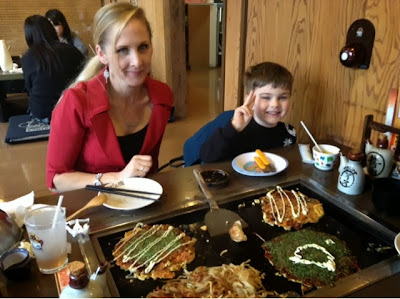 I craved yakisoba; stir-fried vegetables, pork and noodles generously doused in soy sauce. It may look like a lot but it went down very quickly, even using chopsticks! 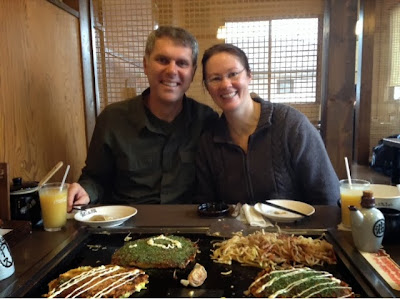 Dinner was a yaki-niku restaurant - the literal meaning is grill-meat - another very yummy meal that we had to cook ourselves. Mmm, perhaps the Japanese are on to something? 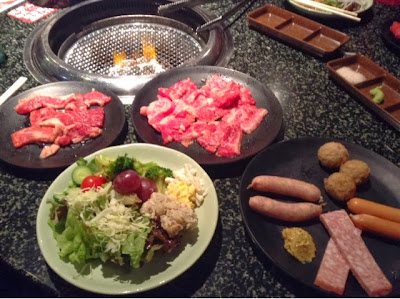 The second day passed in a blur of errands and more culinary delights. Even something as ordinary as pizza becomes extraordinary in Japan, with choices such as tuna and broccoli, curry cheese and mochi (pounded rice) and corn. We'd also forgotten how wonderful the vending machines are, offering both hot and cold drinks from the same unit. Red labels indicate hot drinks and the blue, cold. 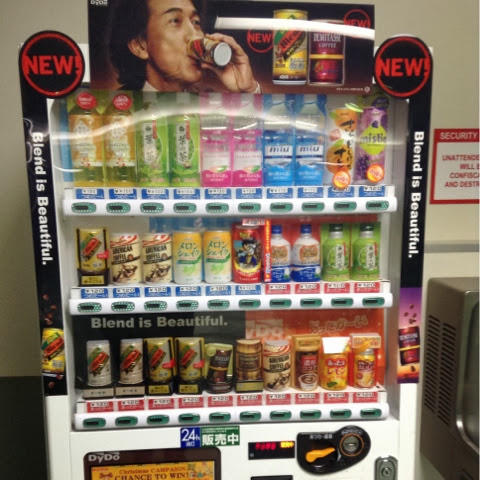 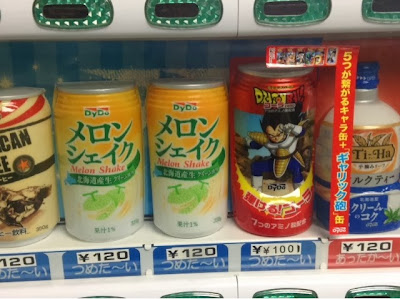 All too soon it was time to leave. Our flight to Singapore was a military contracted flight through Air Transport International (ATI) on a very comfortable plane with carpeting and everything! I know that probably sounds weird but the C-5 does not have any carpet, so it was a little luxury we could appreciate! As we gained altitude we spied Mt. Fuji peeking above the clouds. What a bonus! We thought we were going to miss seeing it because it had been raining and overcast on the ground all through our visit. Though of course, we'd been thankful enough that the temperature was a huge improvement over Alaska! 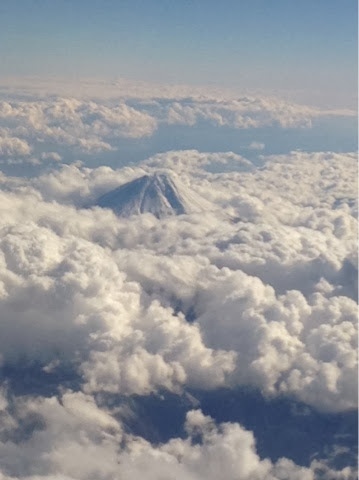 The feel of the sun through the plane windows held the promise of warmer temperatures in our near future. It was a great day to be flying south! 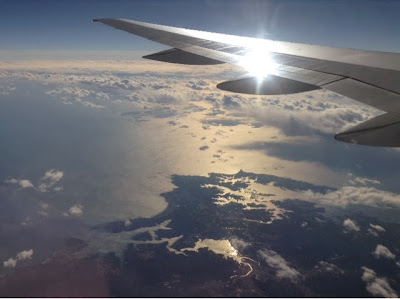 Karen & Dennis
Just two people who travel all the time. We worked hard to achieve our dream of retiring at an early age - so that we could travel the world at our leisure. We've been traveling full-time since July 2008.